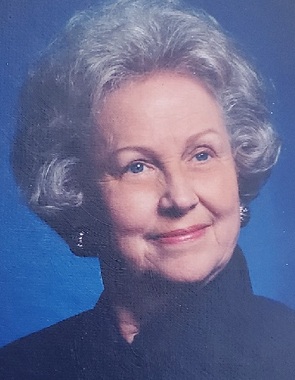 Back to Barbara's story

Barbara Blair Gish passed away peacefully on the morning of February 12, 2020 in Commerce, TX with family and friends by her side. She was 89 years old.

Born September 16, 1930 in Hutchinson, Kansas to William and Mabel Blair, Barbara and her brother Bill grew up with strong role models for tenacity, and she credited her parents with viewing life as a grand opportunity, fostering a lifelong passion to share one's abundance and talents. She was affected by WWII, the notion of sacrifice, and consequently drawn to history and politics as an arena for compromise and civility. In college she earned a B.S. in Sociology and began her career in public service immediately after. In 1954, she met her husband Larry Gish on a blind date, falling so easily in love they would marry only one year later and remain happily married until his passing in 1991. Together they moved first to Marceline, Missouri, then Arkansas City, Kansas, and finally Stillwater, Oklahoma, where she spent most of her life from 1966 to 2013. They had four children but tragically lost two in early childhood, experiences that deeply impacted her life. Throughout, she faced these and other challenges with her special brand of courage, determination, and faith.

Family was her greatest joy, but she was also closely involved with her community, making lifelong friends in the process. Her heartfelt desire to help anyone in need of a champion and her unmistakable bubbly laugh endeared her instantly to those she met, and helped cinch her many admirable achievements. She worked tirelessly with multiple philanthropic organizations including the Delta Delta Delta sorority (where she played several roles including district president), OSU Friends of Music, Stillwater Arts and Humanities Council, OSU Panhellenic, and PEO. She established and enriched child advocacy centers in Oklahoma, assisted in St. Andrew's thrift shop, and lobbied for abused children at both state and local levels. In honor of her volunteerism, the governor of Oklahoma declared September 18th, 2010 to be Barbara Gish Day, a statewide holiday. Barbara loved to travel, garden, spend time with her children and grandchildren, to write thoughtful handcrafted letters to dear friends and family, and always, always help others however she could.

In death she joins her parents William and Mabel, daughter Nancy, son Alan, husband Larry, brother Bill, and son-in-law Richard Lampe. She is survived by her daughter Susan Lampe, son David Gish, daughter-in-law Catherine, grandchildren Blair, Emily, Lauren, and Evan, sister-in-law Jody Blair, and beloved cousins, nieces and nephews. Memorial services will be held at 10am at the First United Methodist Church chapel in Commerce, Texas on February 21st and in Stillwater, Oklahoma at 11am at Saint Andrews Episcopal Church on February 22nd.

Send flowers
in memory of Barbara

Jerry Varner
Barbara was a wonderful classy lady.She will be missed dearly!! My heart goes out to her family. I will always remember her giggle.
View all