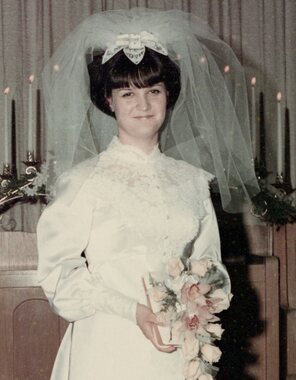 Back to Charlotte's story

She was born on March 10, 1950 in Stillwater, Oklahoma to Omar Edward and Mary (Harraman) Frost. She graduated high school from C.E. Donart. She was united in marriage to Tommy Lee Smith on November 20, 1970. She became a dedicated mother to her two children, Thomas and Jennifer. Later, became a loving grandmother to her four grandchildren. She was a member of the Free Will Methodist Church.

She was preceded in death by her father, Omar; and her mother, Mary.

Condolences may be sent to the family and an online obituary may be viewed by visiting www.strodefh.com
Published on February 12, 2020
To send flowers to the family of Charlotte Diane Smith, please visit Tribute Store.

Send flowers
in memory of Charlotte

A place to share condolences and memories.
The guestbook expires on May 12, 2020.

Joyful Memory was purchased for the family of Charlotte Diane Smith by Love, Tommy, Alaine, Brock, and Sean.  Send flowers