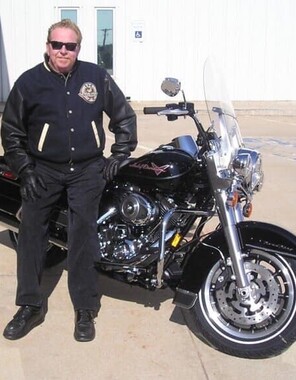 Back to Dan's story

He was born on February 20, 1953 in Fresno, California to Philip Joseph and Joanne Stuart McClellan Jobin. He married May Joy Jobin on April 16, 2011 in Las Vegas, Nevada. He attended DeVry Institute Phoenix and earned a degree in electronics.

Dan was one of the true pioneers in the aftermarket car audio world. After years working in California for companies such as Linear Power, he moved to Stillwater in the early 90'. Bringing his passion for cars, electronics and audio he began his career at Kicker where he worked for 26 years and held various positions including Director of Global Training. Dan initially was the manager of the 'install bay' where he put his passions to work building and demonstrating show cars. He would travel the US and internationally representing Kicker by performing trainings and demonstrating products. Later Dan worked out of the R&D department where he was affectionately known as the "Keeper of the Specs". He was much more than that though as he made sure that all products being developed would meet the demands of the market and the features and benefits accurately communicated. Later Dan's immense talents were tapped to lead Kicker into the power sports audio market. His love of motorcycles came into play as he again would build the show bikes and demonstrate them at the Consumer Electronics Show. After a successful and impactful career at Kicker he retired in 2017. He was a member of Harley Honors Group.

Dan was preceded in death by his parents.

The family requests memorial contributions be made in his name to help his children's educational fund c/o Simmons Bank, 608 S. Main, Stillwater, OK 74074.

Condolences may be sent to the family and an online obituary viewed by visiting www.strodefh.com
Published on January 8, 2020
To send flowers to the family of Dan Joseph Jobin, please visit Tribute Store.

Send flowers
in memory of Dan

A place to share condolences and memories.
The guestbook expires on April 07, 2020.

Dan & Kathy Gibson
We've known Dan for many years. It was a shock to hear of his passing. He was a great guy! Our thoughts and prayers are with you Joy and the kids!
View all