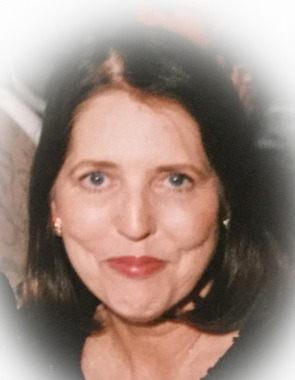 Back to Darla's story

Darla Sue (McKinney) Penndleton passed away Friday, January 24, 2020 in Millcreek, Utah after battling lung cancer since 2018.
She was born December 1, 1942 to Alexander Fraxier McKinney III and Florine Cullen in Maud, Oklahoma. She graduated from Maud High School in 1960, then lived with her older sisters for a period of time while attending Tulsa University. She later transferred to East Central College in Ada, Oklahoma where she met Jack Edward (Eddie) Pendleton. Eddie and Darla were married in Stillwater, Oklahoma on November 21, 1962.
Early in her marriage she was at home with her children Kevin and Valerie, while also working with customers of the family dairy. Through the years she worked for Payne County Civil Defense, Stillwater real estate man C. Ray Smith, Holiday Inn, Swan Hose, Owen Thomas Ford and Mercury Marine/Mercruiser.
Darla enjoyed drawing, painting, making miniatures, restoring dolls and sewing clothing for them, and many other creative activities. Some of her former coworkers at Mercruiser still have and display miniature Christmas trees that she decorated for everyone in the department one year.
She loved reading, with Agatha Christie and Dick Francis being two of her favorite authors. She was a big fan of work puzzles, and always had one going.
The death of her son Kevin in 1995 was an unbearable loss, but in 1998 Darla retired early to enjoy spending time with her grandsons Alec and Ahstyn. This was wonderful and healing time for her.
Eddie suffered a stroke in 2008, and Darla became his Full-time caregiver. She continued until she was diagnosed with lung cancer in 2018. She and Eddie moved to Utah and lived with Valerie's family while she received treatment at Huntsman Cancer Institute. While at first successful, within a year the cancer had spread and was untreatable.
Darla fell on December 6, 2019, fracturing her tibia and fibula. While appearing to recover well at first, she began to suffer respiratory complications because of the cancer, and was never able to regain enough strength to return home. On January 24th, 2020 she passed away peacefully in her room at Woodland Park, with her daughter at her side. She was preceded in death by her parents, Alec and Florine McKinney, and her son Kevin Pendleton.
She is survived by her husband, Eddie of South Jordan, Utah; her sisters, Wanda Bullard (Jerry) and Emma Miller (Bill), all of Sand Springs, Barbara Johnson of Tulsa (widow of George), Patricia Renfro of Ardmore (widow of Robert), and her brothers Chris McKinney (Sheryl) and Mike McKinney, also of Sand Springs; devoted daughter-in-law Shauna Pendleton of Ripley (who was loved and served both Darla and Eddie for decades after Kevin's death) and grandchildren Alec Pendleton, Ahstyn Smith, Brittney Salinas and Brandalyn Smith; daughter, Valerie Park of South Jordan, Utah (David) and grandchildren, Chad Buchanan of South Jordan (Crystal), Jordan Singleton of Lehi, Utah (Nate), Taylor Park of Herriman, Utah (Tabitha), Spencer Park of Sandy, Utah and Alexander Park (aka Xander) of South Jordan, Utah; great-grandchildren, Laura Buchanan, Dakota Singleton, Sawyer Singleton, and Luna Singleton.
Dr. Shiven Patel and others at Huntsman were amazing to work with... thorough in every detail, and willing to take time to help us understand what we were facing. The staff at Woodland Park Rehabilitation and Care Center gave attentive care to Darla in her last weeks. Their caring updates to family helped ensure a timely visit from her grandsons from Oklahoma, and later helped Valerie to be present when Darla passed away. The nurses and other professionals from Summit Hospice were a great help and comfort to both Darla and to the family.
A Celebration of Darla's life will be held at 11AM at Dighton-Marler Funeral Home in Stillwater, Oklahoma on Saturday, February 15, 2020.
Published on February 10, 2020
To send flowers to the family of Darla Sue Pendleton, please visit Tribute Store.

Send flowers
in memory of Darla

A place to share condolences and memories.
The guestbook expires on May 10, 2020.