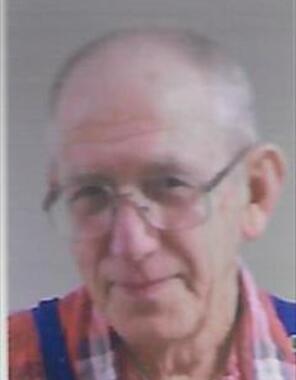 Donald Eugene Houston, age 81, of Stillwater, passed away Saturday, January 25, 2020. Funeral services will begin at 10:00 a.m. Thursday, January 30, 2020 at the Strode Funeral Home Chapel. Burial with full military honors will follow at 2:00 p.m. in the Ft. Sill National Cemetery in Elgin, Oklahoma. Strode Funeral Home and Cremation is in charge of the arrangements.

Donald was born in Duncan, Oklahoma on February 4, 1938 to Truman Price and Oleta (Absher) Houston.

He received his BS from Midwestern University, and his Master's and Doctorate degrees from Oklahoma State University. Donald was an accomplished man who was an historian, teacher, soldier, and an author. He was a member of Phi Alpha Theta and served in the 14th Field Artillery and the 2nd Armored Division with the United States Army. Later, he became the author of, "Hell on Wheels: 2nd Armored Division". (A history of the division).

He spent his time being engaged within the Stillwater community. He was a volunteer for Stillwater Emergency Management, coached and umpired for Stillwater Park and Recreation; was a member of the Amateur Radio Relay League, Stillwater Ham Radio Club, and the Colusa Lodge No. 240, F & AM in California. He was also a founding sponsor for the National Museum of the U.S. Army. Donald was a member of the American Legion Hanner Sharp Post 129 and had been a Post Commander for VFW Post 2027.

He is preceded in death by his parents and sister.

Condolences may be emailed to the family and an online obituary may be viewed by visiting www.strodefh.com
Published on January 29, 2020
To send flowers to the family of Donald Eugene Houston, please visit Tribute Store.

A place to share condolences and memories.
The guestbook expires on April 27, 2020.