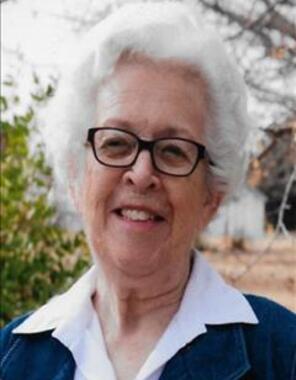 Dosia Imo Jackson joined her husband in heaven on March 2, 2020. Her visitation will be from 2:00-4:00 p.m. Sunday, March 8, 2020 at Strode Funeral Home in Stillwater. Her funeral service will begin at 10:30 a.m. Monday, March 9, 2020 at the Church of Christ in Stillwater, Oklahoma. Interment will follow at Oak Grove Cemetery in Ft. Cobb, Oklahoma. Strode Funeral Home and Cremation is handling arrangements.

Dosia was born the oldest of 3 children on the family farm south of Carnegie to Lawrence and Imo McCullough on July 24, 1932. She graduated as valedictorian from Broxton High School in 1951. On June 2, 1951, she married the love of her life, Paul Jackson Jr., and together they shared the next 55 years. They moved to Apache to live in a 3-room house, acquired on borrowed money. She lived there until 2010 and then moved to Stillwater to live with her children Mary Jo and Jim Self.

Dosia was a true partner with husband Paul as farmers/ranchers in Jackson Seed Farms from 1959-2007. Both were known for their work ethic, raising wheat and cattle primarily. Paul and Dosia raised 4 children; Paula, Jennifer, Mary Jo and Robert. In addition, they fostered two children (Barbara Phillips and Bill Baker) and welcomed countless others from Tipton Childrens' Home into their home over the years.

As a child, she dreamed of being a fashion designer and accomplished that, just not in the way she thought. She designed three wedding dresses for her daughters and made all the clothes for her children until they became adults. She taught the girls to sew and cook and served as their 4-H leader, writing speeches and food demonstrations for competitions.

She and Paul faithfully served as longtime members of the Apache Church of Christ. She enjoyed teaching all ages of Bible classes. For every class, she studied and prepared visual aids to enhance the stories for the children.

Dosia was always the first to volunteer and willing to lend a hand to anyone in need whether that meant a personal visit or a handwritten, heartfelt card. She was known for her cinnamon rolls, peanut brittle and apple pie and enjoyed sharing produce from her garden with others. She prepared numerous meals for people who were ill and grieving. She also used her sewing ability and made countless quilts, clothes and baby blankets. Dosia loved flowers, butterflies and birds. Dosia was a faithful Christian, loved her family deeply and lived a long life of service.

She was preceded in death by her husband, Paul Jackson Jr.; her parents; Lawrence and Imo McCullough; and two great grandsons, Clayton Saucier and Carter Dobbs.

She is survived by her four children, Paula and Tom Lewis of Stillwater, Jennifer and Randy Gray of Edmond, Mary Jo and Jim Self of Stillwater and Robert Jackson of Anadarko. Her 12 grandchildren include Amanda and Bobby Saucier, Aaron and Mandy Lewis, Andrea and Josh Evans; Erik and Kristen Gray, Jenny and Alex Jones; Marissa Crawford and Stephen Schultz, Ashley and Elliott Dobbs, Aaron and Kristi Self, Amy and Adam Housley, Courtney and Josh Hairgrove; Natasha Fillmore, Nathan and Tania Jackson. She had 23 great grandchildren, Daegan, Caleb, and Landon Saucier; Reed, Boone, and Hayes Lewis; Erica and Korben Evans; Birkley, Kyiah, and Harlan Gray; August and Gray Jones; Mason and Madelyn Dobbs; Elisabeth, Molly, and Samantha Housley; Emma Self; Jacob, William, and Gracie Hairgrove; Memphis Fillmore. She is also survived by her brother Tony and wife Della McCullough of Ft. Cobb, sister, Martha and husband James Branum of Newcastle and a foster sister, Sue Trahan of Cement, plus several cousins, nieces and nephews.

Plant a tree in memory
of Dosia

A place to share condolences and memories.
The guestbook expires on June 02, 2020.

Percival family
We are sorry to hear of your loss. Dosia has been close to our hearts. She welcomed us into the area with a loving embrace many years ago. We have missed seeing and working with her the past several years. May our Lord and Saviour give you all comfort and peace. ~The Percival family of Apache
Joshua
My thoughts are with Dosia’s family. It is so painful to lose someone, yet no one else can really know all that you feel except our Heavenly Father. He knows and feels your pain. He calls death an enemy and promises to remove it forever, Isaiah 25:8 “And he will swallow up death forever…” He also promised to wake up all our loved ones, in the memorial tombs, from death (Isaiah 26:19). What joy it will be to see our loved ones again and to enjoy life as our Creator purposed (Psalms 145:16). I  hope these words give all of you comfort.
Kat Colson
Dr. Self and Family, I'm so sorry to hear of your mother's passing. Please know you are in my thoughts and prayers. Sending you love and prayers my friend.
View all 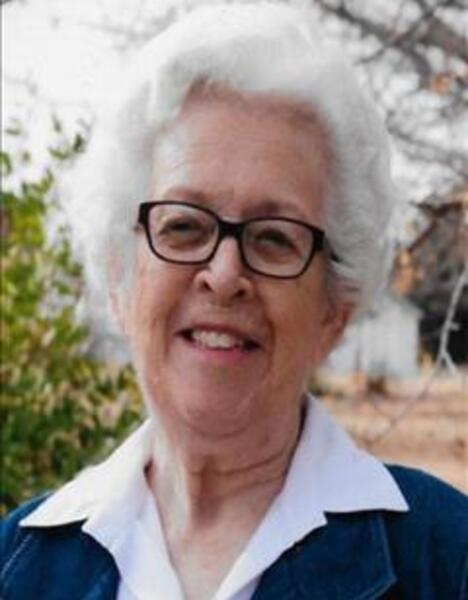