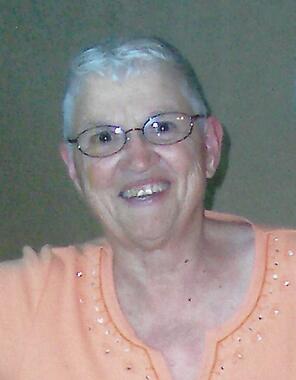 Back to Gordie's story

Gordie Lee Conder, 85, passed away on Wednesday, December 4, 2019 in Stillwater, Oklahoma. A celebration of life will be held at 1:00 pm on January 4, 2020 in her son's home at 806 S. Mehan Road, Stillwater, OK. Dighton Marler Funeral Home of Stillwater is in charge of arrangements.
Gordie was born on June 21, 1934 in Stillwater, Oklahoma to Gordon and Margaret (Sherwood) Dupree. She grew up in Oklahoma City in her early years and graduated from Central High School in Oklahoma City and spent most of her adult life in Stillwater. She married Donald H. Moore on November 5, 1954 in Oklahoma City. After his death she married Eddie D. Conder on July 16, 2989.
She worked for Oklahoma State University for over 20 years and was an avid OSU sports fan. She loved animals and assembling puzzles. She enjoyed spending free time at their home on Lake Texoma. She was considered "Mom" to many of her neighboring OSU students.
Gordie is preceded in death by her first husband Donald H. Moore, her parents and one brother Gipp Dupree.
She is survived by her children, C.J. Moore and his wife Lisa of Stillwater, Christy (Harper) Shepherd and husband Gerry of Anthony, Kansas and Roger D. Moore and wife Tara of Stillwater. She is also survived by her siblings, Marta Mahard and Gary Dupree as well as eleven grandchildren and nine great grandchildren.
Memorial contributions can be made in her name to the Stillwater Human Society c/o Dighton Marler Funeral Home, 5106 N. Washington St., Stillwater, Oklahoma 74075.
Published on December 6, 2019
To plant a tree in memory of Gordie Lee Conder, please visit Tribute Store.

Plant a tree in memory
of Gordie

A place to share condolences and memories.
The guestbook expires on March 05, 2020.