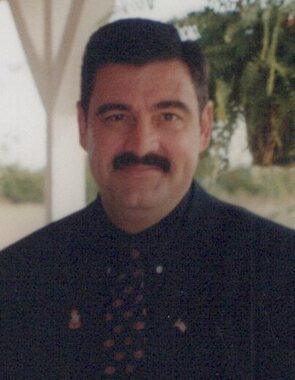 Back to James's story

Jimmy was born on August 29, 1958 in Sanger, California to Donald Gene Randolph and Jane Ellen Randolph. Jimmy was the youngest of four children. They lived in Orlando, Florida, Athens, Georgia, and Abilene, Texas. Where after the second grade he and the family found their home in Stillwater, Oklahoma. In the third grade he was introduced to Oklahoma State Wrestling for the first time and he fell in love. He became a wrestler through high school, where he learned how to overcome a personal struggle with cerebral palsy through hard work, a positive attitude, and determination that would last his whole life.

His love for Oklahoma State led him to begin college at the campus where he studied journalism and broadcasting. With a deep radio voice that could never be forgotten, he decided he would work in radio. He began the journey into the radio business while working for KVRO, the campus radio station, while also working at 100.5 "The KATT," in Oklahoma City, and then 93.7 KSPI in Stillwater. He was also a D.J. at Desperados.

While working at Desperados, he met the love of his life, Lisa Marie Donoho and her son, Jesse Lynn Easom. Jim and Lisa were married shortly after on December 27, 1987. On June 29, 1990, Lisa gave birth to their son, James Dylan Randolph.

Jim and Lisa loved music and going to concerts together and spending time with family outdoors. He enjoyed the Oklahoma State Cowboys and the Dallas Cowboys. But more importantly, he loved his country. After leaving the radio business, he began a career with National Write Your Congressman, Inc. Where he made a living for 17 years, helping good Americans be more involved in the governmental process to preserve our freedoms. Jim was a member of the Stillwater Church of Christ and was responsible for the broadcast for the services every Sunday on the radio. He also was a strong family man and enjoyed watching Jesse develop a love for the outdoors as a youth and the opportunity to spend time with his grandson, Jace Wyatt Randolph who was born on June 17, 2016. He enjoyed watching Dylan grow up and was passionate about Dylan's involvement in wrestling and baseball. He was also excited about Dylan's talent as a musician and guitar player.

He is preceded in death by his parents, his sister, Donna Beason, and his beloved wife of 31 years, Lisa Marie Randolph.

James is survived by his sons, Jesse (Julie); grandson, Jace of Oklahoma City and Dylan of Stillwater; brothers, George Delayne Randolph (Betsy) of Guthrie, and John Randolph of Oklahoma; as well as numerous uncles, aunts, nephews, and nieces.

Memorial contributions may be made in his name to the Stillwater Humane Society, 1710 S Main St, Stillwater, OK 74074.
Published on January 23, 2020

A place to share condolences and memories.
The guestbook expires on April 22, 2020.

Steve Riley
You were radio ...i would always request a song and you played everyone I ask...when I was a security guard...good bye old friend see ya soon Steve
View all