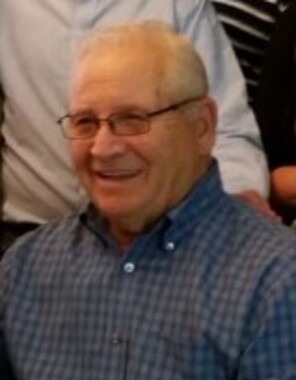 Back to Jerry's story

Jerry Max Dale passed away peacefully Wednesday, January 8, 2020 at his home in Stillwater surrounded by his family. He was 75. Services have been entrusted to the care of Dighton-Marler Funeral Home of Stillwater.
Visitation will be 1PM to 6PM Sunday, January 12, 2020 and 9AM to 8PM Monday, January 13, 2020 both at Dighton-Marler Funeral Home, Stillwater. A Celebration of Jerry's life will be on Tuesday, January 14, 2020 at 10AM at Dighton-Marler Funeral Home, Stillwater with Elder John Lutes officiating. Interment will follow at Sunset Memorial Garden in Stillwater.
Jerry was born May 19, 1944 in Stillwater, Oklahoma to James W. and Bertha Francis (Blanchard) Dale. He lived in Jay, Oklahoma for a short time, but spent most of his life here in Stillwater. He and Emma Nettles were married February 5, 1967 in Stillwater, Oklahoma where they made their home and raised their children. They were blessed with nearly 53 years of wonderful marriage.
Jerry served in the National Guard 45th Infantry Division as a Combat Demolition Specialist for 7 years. He earned the rank of SPEC E5.
Jerry retired from both O.G. & E. as a Machinist and O.S.U. where he was a Lab Manager for the ATRC. He was also an Elder in the Community of Christ Church, in Stillwater, and served many years as pastor. Jerry was well known for his prayers and dedicated service to his Lord and Savior.
With his creativeness and skills over the years he had earned the title "Handy as a pocket on a shirt". He was a "Jack of all trades" and could work on, or make anything. Jerry and Emma enjoyed traveling after retirement, and he enjoyed using his Kubota on their property taking out many cedar trees and making it beautiful. He loved making memories with his family and passing on his knowledge and skills to his children and grandchildren. He was so loved and will be deeply missed.
Survivors include his loving wife, Emma of the home; two daughters, Jane Applegate and husband Gary W. of Broken Arrow, Oklahoma, and Susan Dale and husband James M. of Glencoe, Oklahoma; one son, Jerry M. Dale, Jr. of Washington, D.C.; two brothers, Don Dale of Stillwater, Oklahoma, and James W. Dale of Oklahoma City, Oklahoma; five grandchildren, Amy Wolfe, Johnathon Domeny, Cheyenne Applegate, Austin Applegate, and Lance Applegate; several nieces, nephews, and a host of friends. He was preceded in death by his parents; and one sister, Edith Abadlia.
Family requests that, in lieu of flowers, memorial donations be made to Physician's Choice Hospice, The American Diabetes Association or charity of your choice in c/o Dighton-Marler Funeral Home, 5106 N. Washington, Stillwater, OK 74075.
Condolences may be sent to the family via an online guestbook at www.dightonmarler.com
Published on January 10, 2020
To send flowers to the family of Jerry Max Dale, please visit Tribute Store.

Send flowers
in memory of Jerry

A place to share condolences and memories.
The guestbook expires on April 09, 2020.