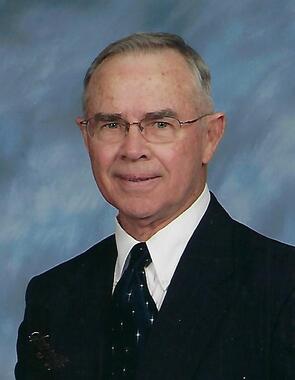 Jonathan Starling "Doc" Miller, Jr. passed away Thursday, June 6, 2019 at Perry Memorial Hospital in Perry. He was 84. Funeral services have been entrusted to the care of Dighton-Marler Funeral Home of Perry.
Visitation will be 9AM to 8PM Thursday, June 13, 2019 and 9AM to noon Friday, June 14, 2019 at Dighton-Marler Funeral Home. Family will greet guests on Thursday evening from 6PM to 8PM at the funeral home. Funeral services will be 2PM Friday, June 14, 2019 at Christ Lutheran Church in Perry with Pastor William Metz officiating. Private family interment will follow. Pallbearers will be Britton Hobbs, Taylor Hobbs, Tillmon Miller, Derek Hines, Jeremy Hines, Jordan Hooper.
Starling was born to Jonathan Starling Miller, Sr. and Gertie Marie (Smith) Miller on October 6, 1934 in Lindsey, Oklahoma. He graduated from Chickasha High School in 1953. After graduating he went on to earn a Bachelor of Science in Agriculture from Oklahoma State University in 1963, and a Doctor of Veterinary Medicine from OSU in 1965. After graduating from OSU, Starling joined Dr. Paul Edmondson at the Perry Veterinary Clinic until he changed careers.
Starling married Joan (Thiele) Gottschalk on January 21, 1977, and in 1980 they opened Starling Miller Real Estate and Auctions. Over the next 37 years, Starling worked as an auctioneer, real estate broker, and appraiser from his headquarters on the west side of the square in Perry until he retired in 2017.
Starling was a long-time member of the Christ Lutheran Church of Perry and was actively involved in the Perry Community. Starling held many roles on the Perry Chamber of Commerce and was inducted into the Chamber of Commerce Hall of Fame in 2007. Starling's other honors include Cherokee Strip Honorary Parade Marshal, Perry Citizen of the year, and numerous 4-H and FFA honors and awards. He was also active in Perry Lions Club and was inducted into the Oklahoma State Auctioneers Association Hall of Fame in 1998.
Survivors include his son, Kendell Miller of Stillwater, Oklahoma; three daughters, Delinda Hobbs and husband Royce of Stillwater, Oklahoma, Debbie Hooper and husband Tim Dolezal of Stillwater, Oklahoma, and Diane Hines and husband Eric of Perry, Oklahoma; two sisters, Margie Smith of Chickasha, Oklahoma, Mary Ann Webb of Blanchard, Oklahoma; thirteen grandchildren, Mandie (Marty), Angela (Nick), Leslie (Chris), Britton (Candace), Derek (Carol), Reagan (Justin), Jeremy (Jessica), Taylor (Casey), Casey D., Jordan (Sydnee), Seneca, Tillmon, and Shylo; nineteen great-grandchildren, Chase, Kolby, Bailey, Trey, Jaidyn, Addison, Alex, Joanna, Jesse, Timothy, Ryan Kate, Shepherd, Evan, Cayleb, Aiden, Owen, Haidyn, McKinley, and Teegan.
Condolences may be sent to the family via an online guestbook at www.dightonmarler.com
Memorial donations may be made to Operations Smile or Oklahoma Medical Research Foundation in c/o Dighton-Marler Funeral Home, P.O. Box 189, Perry, Oklahoma, 73077.
Published on June 11, 2019
To plant a tree in memory of Johathan Starling Miller, DVM, please visit Tribute Store.

Plant a tree in memory
of Johathan

A place to share condolences and memories.
The guestbook expires on September 09, 2019.

Restore the guestbook to view the 2 more posts by family and friends, and share a memory or message of condolence of your own.