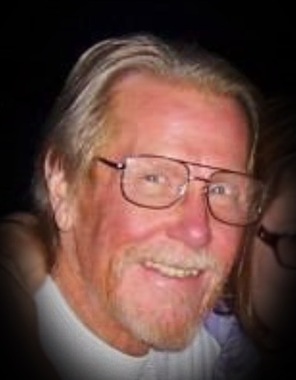 Back to John's story

John Murl Rogers, 74, passed away unexepectely on December 25, 2019 at his home in Port Angeles, Washington.

He was born on November 8, 1945 in Frederick, Oklahoma to Murl and Elizabeth Rogers. During his grade school years, John and his family planted their roots in Stillwater, Oklahoma. It was there that John completed his schooling, graduating from C.E Donart High School in 1963. After high school, John served in the Oklahoma National Guard, and then proudly enrolled in Oklahoma State University, graduating in 1968 with a Bachelors Degree in Journalism and Broadcasting.

John's accomplished radio broadcasting career took him first to Colorado, then all over the United States. For many years, he worked as sales manager at KOMA in Oklahoma City. Then, he took the helm as General Manager at radio stations from Reno to Portland to Seattle, enthusiastically leading every station he managed to the top of their market. John's innate knowledge of the industry and exciting leadership style, earned him the reputation of being somewhat of a fixer. He could go into a failing market and quickly turn it into a success.

JR had a quick wit and wickedly funny sense of humor, but when it came to his family, especially his only grandchild, he was a big old softy. John was a brilliant writer and wonderful story teller. He loved recalling tales of the interesting people and celebrities he met and mingled with during his years in the radio business. He was a patriot and constant scholar of American History. He enjoyed golf, and college football, especially his beloved Oklahoma State Cowboys. Those that knew him well could always expect a detailed recap and critique after each football game. Before his passing, John was planning to move back to Stillwater, to spend his final years attending sporting events and being closer to his loved ones.

Survivors include his daughter Allison Boehm, son in law Patrick Boehm, and (the light of his life) grandson Walker Boehm of Tulsa, OK, sister Ruthann (Jerry) Waldrop of Stillater, OK, brother Paul (Mary Kaye) Rogers of Stillwater, OK, brother Charles (Nancy) Rogers of Edmond, OK, and Phil (Candace) Rogers of Woodridge, IL, as well as many cousins, nephews and neices and their families who he loved dearly. He was preceded in death by his father Murl Rogers, 1989, and his mother Elizabeth Rogers, 2019, and his loving Partner in life, Christi Taylor, 2010.

A celebration of life is planned for 2:30pm Saturday February 22nd 2020, at Bennett Chapel in Stillwater, Oklahoma.
Published on February 7, 2020
To plant a tree in memory of John Murl Rogers, please visit Tribute Store.

Plant a tree in memory
of John

A place to share condolences and memories.
The guestbook expires on May 06, 2020.

Woody Woodard
I had the pleasure of working with John at KOMA in OKC. Rarely did I see him in a down mood. He was always uplifting to be around and truly loved the broadcast business.
View all