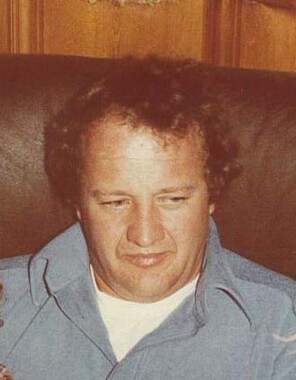 Back to Johnnie's story

Johnnie Eugene Cooley, 75, passed away on Sunday, February 9, 2020 at his home in Stillwater. Memorial service will be held on Monday, February 17, 2020 at 2:00p.m. at Dighton Marler Funeral Home of Stillwater.
Johnnie was born on August 30, 1944 in Stillwater, Oklahoma to T.S. and Oretta (Malloy) Cooley. He grew up in Stillwater and graduated from C.E. Donart High School. He joined the military shortly after high school and was PFC E2. In 1969, he married Patty Still at St. Johns in Stillwater. He was a self-employed Master Electrician most of his adult life, when he wasn't farming or hunting. His biggest hunting brag was when he bagged his OK state record whitetail buck in 1984.
He is preceded in death by his wife Patty Cooley, his parents and his siblings Tenal Cooley, Doris Miller and Terry Cooley.
He is survived by his children, Casey Erin Murphy and her husband Sean, Jill Reagan Phillips and John Cameron Cooley and his wife Sara; his grandchildren Alida Shane McFarlin, Jasmin Phillips, Cara Beth Cooley, Leila Kaviani-Far and Riggs Cooley.
Condolences may be sent to the family via an online guestbook at www.dightonmarler.com.
Published on February 13, 2020
To send flowers to the family of Johnnie Eugene Cooley, please visit Tribute Store.

Send flowers
in memory of Johnnie

A place to share condolences and memories.
The guestbook expires on May 13, 2020.