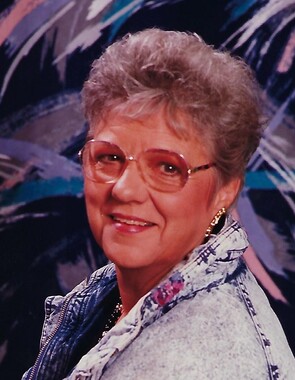 Back to Lois's story

Lois Elaine West, 87, passed on Saturday, January 4, 2020 in Stillwater, Oklahoma. There are no service arrangements set at this time.
Lois was born on May 15, 1932 in Lincoln, Nebraska to Henry and Lydia Niermann. She grew up in Laurel, Nebraska where she graduated from Laurel High School in 1950. After high school she continued her education to become a Licensed Practical Nurse (LPN).
She is survived by children; Lynn Carlson, Marla Lemon, Mark Carlson, Scott Korte, and Charles Carlson. Grandchildren; Jace Lemon, Dirk Lemon, and April Blansett. Great-grandchildren; Britton, Braelynn and Xavier Jack. Proceeded in death by her parents Henry Karl and Lydia Niermann.
Memorial contributions can be made in her name to the Senior Citizens Center c/o Dighton Marler Funeral Home, 5106 N. Washington St., Stillwater, Oklahoma 74075.
Condolences may be sent to the family via an online guestbook at www.dightonmarler.com.
Published on January 10, 2020
To send flowers to the family of Lois Elaine West, please visit Tribute Store.

Send flowers
in memory of Lois

A place to share condolences and memories.
The guestbook expires on April 09, 2020.

DiAnna Hageman Harlow
Lois was a one of a kind. She was no nonsense and full of life. I will miss lunches with her and listening as she put everything and everyone in perspective!
View all