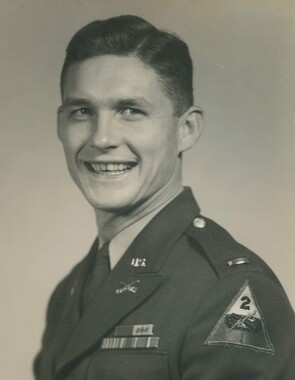 Back to Luther's story

Luther G. Walker, 94, USN, LTC U.S. Army, Retired, passed away on Wednesday, February 12, 2020 in Stillwater, Oklahoma. Viewing and Visitation will be held on Tuesday, February 18, 2020 from 9am to 8pm with family greeting guests from 6-8pm at Dighton Marler Funeral Home in Stillwater. Funeral service will be held on Wednesday, February 19, 2020 at 10:00am at Dighton Marler Funeral Home Chapel. Interment will be at 2:00pm at Mt. Olivet Cemetery in Pauls Valley.
Luther was born March 22, 1925 in Durant, Oklahoma to Roy Charles and Ida Mae (Cater) Walker in Durant, Oklahoma. He grew up in Durant and Pauls Valley, and graduated in 1942 at Pauls Valley High School, Oklahoma.
He enlisted in the Navy from 1942 - 1945; then the Army 1950 - 1975. In January 1948, while at Oklahoma A&M college he married Naomie Lee Pike (Bunny) of Wewoka, Oklahoma and remained married until May 1975.
Luke and Bunny traveled the world after he was Commissioned as a 2nd LT Army Ordinance Corps in May of 1950. He achieved his MBA and numerous commendations while in the service. He retired as a LT Col. In 1975.
Upon his retirement, he reconnected with his college sweetheart and in January 1979, he married his first love, Jo Annette Johnson-Tulson, in Omaha, Nebraska. They moved to Colorado Springs in 1979. He volunteered as a shotgun shooting coach for the U.S. Olympic Center, in Ft. Carson, Colorado and he also treated Jo to world travel.
He is preceded in death by his parents, two wives, brothers: Roy Charles and Billy Gene. He is survived by his sister in law Marylou Walker and numerous nieces and nephews.
Condolences may be sent to the family via an online guestbook at www.dightonmarler.com.
Published on February 14, 2020
To send flowers to the family of Luther Gerald Walker, please visit Tribute Store.

Send flowers
in memory of Luther