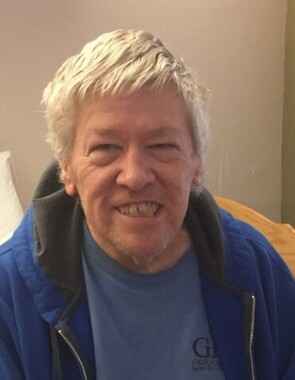 Back to Matthew's story

Matthew Albert Winston was born on Halloween night, 1954 in Denver, Colorado. From a young age, he gained the reputation of being witty and clever. He graduated from Denver Public Schools in 1972 and continued on to become a welder and a blacksmith-which became his lifelong passions. In 1977, he met the love of his life, Emily Joyce Adkins, and they married on August 25th, 1979. He moved to Oklahoma and quickly became a staple in the community of Lost Creek United Methodist Church. From there, he decided to pursue his interests in history and geography. In 1992, he completed his Bachelor's Degree at Oklahoma State University, and in 1994 he welcomed the birth of his daughter, Erin. He worked at for the City of Stillwater as an electrical engineering technician for over two decades where he kept his coworkers rolling with laughter. He was well known as a devoted husband, loving father, history buff, film enthusiast, caring teacher, and Sunday School class clown. In the summer of 2016, he gained a son, Yuki, who he loved dearly. He left this world peacefully on February 11th, 2020. He is survived by his loving wife of 40 years, Emily Joyce; his daughter, Erin; his son, Yuki Kishino; his brothers, Mark Winston and John Winston; his sisters, Marilyn Winston, Laura Mitchell, Dori Sear, and Barbara Rechcygiel; his brother-in-law Ernie Adkins; his sisters-in-law, Ellen Long, Beth Howey, Evelyn McCaslin, and Elaine Lynch, and his many nieces and nephews. Matthew was preceded in death by his father, Earl Winston, his mother, Juliette Fogerty, and his step-mother, Ann Robertson. Memorial services will be held Saturday, February 15th, at 2:00 pm at Lost Creek United Methodist Church in Stillwater. In lieu of flowers or plants, please send contributions to Lost Creek UMC or The American Cancer Society through Payne County team, Renie's Kids.
Published on February 13, 2020
To send flowers to the family of Matthew Albert Winston, please visit Tribute Store.

Send flowers
in memory of Matthew

A place to share condolences and memories.
The guestbook expires on May 13, 2020.

Beth & Rich Howey
We will miss the history lessons and the sly zingers. I am sorry that we did not get to do that Bible study.
Lois and Randy Adkins
Rest In Peace , Mathew. May your loved ones heal and when they think of you, you put a smile on their faces.
Susie McEachern
Love and hugs to my adopted family in this time of deep sorrow. He will be greatly missed!
View all