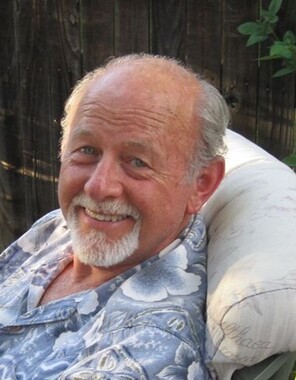 Back to Roger's story

Roger A. Hudiburg of Boulder, CO passed away December 8, 2019 after a 5-year battle with Alzheimer's; Age 81; loving husband of Peggie for 62 years; amazing father and proud grandfather. Roger was born on April 16, 1938 in Stillwater, OK to Everett and Christine where he grew up and attended Oklahoma State University for his 1960 BS in science. He then received his MS in Geology from University of Oklahoma. Roger taught science in Boulder Valley School District for 30 years. He positively impacted the lives of many students. He loved to wear his "Mr. Wizard" lab coat during labs, tell silly jokes, and bring his guitar to class to share his musical gifts. Roger always saw the best in his students. One student shared, "Your Father was one of the very first teachers to see me as an individual and be open to the way I could learn. I rushed through that opening to a world of discovery of the universe." Music was central to Roger's life. He had a special gift and could beautifully play almost any stringed instrument, especially guitar. He knew over 300 songs and enjoyed the company of his 'picking buddies' during weekly folk/country/Bluegrass jams for over 50 years. Roger and his friends were among the first to bring Bluegrass to Colorado.

Roger wrote a book about his life philosophy called "Oklahoma Zen." He enjoyed hiking, camping and fishing, a passion he shared with, and passed on to, his students, family and friends.

Roger is survived by his wife, Peggie; two children: Debbie Haseman and her husband Charles of Louisville,CO and Doug Hudiburg and his wife Ellen of Superior, CO; two brothers: Ron and his wife Joanne of Port Orchard, WA.and Don and his wife SueAnn of Stillwater, OK; a sister, Deanne of Perry, OK; and five grandchildren, Erica, Maggie, Morrie, Kaitlyn, and Devon. Roger thought he was the luckiest man alive to have such wonderful and amazing grandchildren.

Plant a tree in memory
of Roger

A place to share condolences and memories.
The guestbook expires on April 05, 2020.

Doug Hudiburg
Thank you all for sharing such wonderful memories. I miss my dad terribly but his positive impact on the world remains.
Richard Hubbard
Always looked forward to Class Reunions for Roger and Peggy and Guitar.
I remember Red Rock and the Shifletts and a trick or two payed on Peggy (statute of limitations not withstanding)..
I feel like I grew up with Roger (survived)..
Like J Brewer I also have a cd or two.
He will be missed Jim Brewer
Roger sent me a tape back in 1973, it was Roger, Ron &
Don playing some old songs, Roger played my all-time
best song waterbaby blues. I still have it now on cd
I play it often thanks my friend
Robert Schauer
Roger was one of my very best friends during our grade school years, when we lived about a block apart. We remained lifelong friends, and I always looked forward to seeing him at our class reunions. Rest it peace, old friend.
Steve Carnes
I had Earth Sciences in 8th grade, c. 1963, at Douglas Jr. High. He, my band director Jerry Hirsch, and English teacher Bill Elam were the only saving graces for all those 3 years. Roger was the first person I ever saw play guitar live - perched on his desk, giving us a break from geology, and spreading the subversive wisdom of Woody Guthrie. His bluegrass band, the Flatiron Mtn Boys, played for one of our junior high school dances. And years later, when classmate John and I had formed our own bluegrass band, we'd get together with him and his lifelong picking buddies (hey Woody, Gene, Darryl) and jam until the wee hours. One of the finest persons I've ever met in my life. RIP Roger!
View all