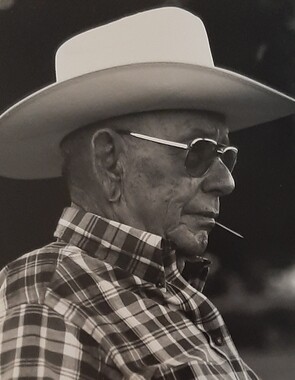 Back to William's story

Bill was born July 12, 1925 in Ponca City, Oklahoma to William C. and Elsie May (Olston) Frazier. Bill was a respected homebuilder and land developer in Ponca City and Kaw City area for over 35 years. He was awarded the citizen of the year in Kaw City in 1994. He is survived by his wife Judith of 41 years. They loved Christmas and together built a legacy of giving gifts to so many children in need.

He is preceded in death by his parents, son Allen, grandson Mark and sisters, Marie and Elizabeth.

Condolences may be sent to the family via an online guestbook at www.dightonmarler.com.
Published on February 13, 2020
To send flowers to the family of William LeRoy Frazier, please visit Tribute Store.

Send flowers
in memory of William